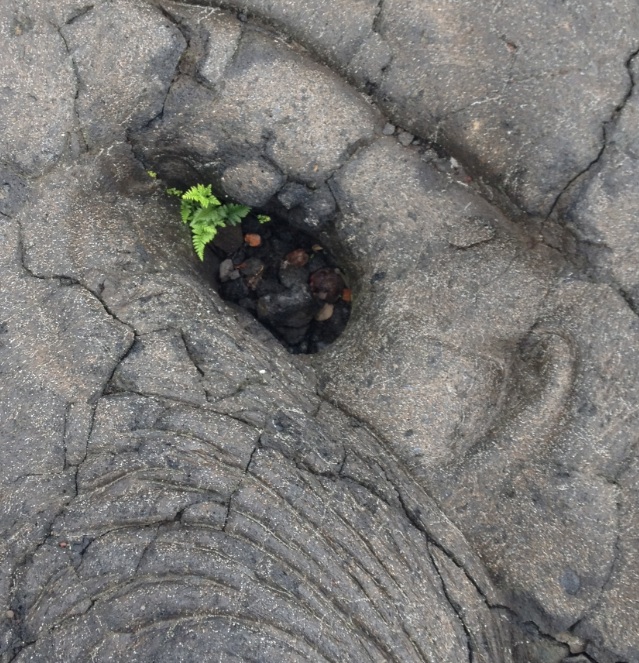 We lost someone dear to us; someone who was wise and revered and the youngsters were left mourning another family member. As we lose these seniors one after another, I am engulfed in a strange sense of hopelessness; a reminder that a generation is slowly ebbing away; disappearing. I am also painfully aware that the younger generation is not yet ready to fill that revered space yet. I am much inclined to brood but a flicker of memory forces me to pause and before I lament the losing of an entire generation’s worth of wisdom, experience and knowledge, I am reminded of a volcanic park that I visited recently.

The park was part of the Hawaiian islands. I called it, ‘Lava Land’. There were miles and miles of destruction stretched out before me. The lava had wiped everything that had thrived there once, erased all memories of life and had left the place barren. One prematurely assumed that a sense of doom and fear would have pervaded all those who resided around there but to my surprise, it didn’t. In its place I found, reverence, awe and hope. The locals had made a mythological women of the source of their destruction and this woman, a demi- goddess was much-loved and honoured. In the words of Artist/ Author, Herb Kane, the Lava Goddess, Pele (Pelehonuamea) lives in the hearts and minds of the locals as a supreme personification of the volcanic majesty and power within a cosmos. Gentle, resourceful and wise, these locals genuinely believed that each act of destruction culminates in the act of creation.

It took me a while to absorb the meaning of their belief but in a strange and unexpected way, it touched me. It meant that end is never an end. It meant that there’s power in faith. It meant that ‘life happens’ and it depends on us whether we brood over tragedies or look forward to new beginnings. It seemed profound and uplifting and as I gazed at miles and miles of grey, I noticed a green shoot, right where I was standing. It seemed destined to grow and to flourish. A stubborn little shoot it was, with lush green rigged leaves and a proud stem to keep it erect. I found myself smiling at its determination.

The memory of that shoot forces me to reconsider my loss. Maybe, nothing is ever lost. May be, it’s just passed on from one generation to another in ways so subtle, so advanced and so intangible, that we all fail to notice. Is end really an end then? May be or maybe not, but when dealing with a loss I have chosen to look at the shoot. At least, for the moment, I have chosen to believe that an end is not an end.

One thought on “End is never the end…or is it?”